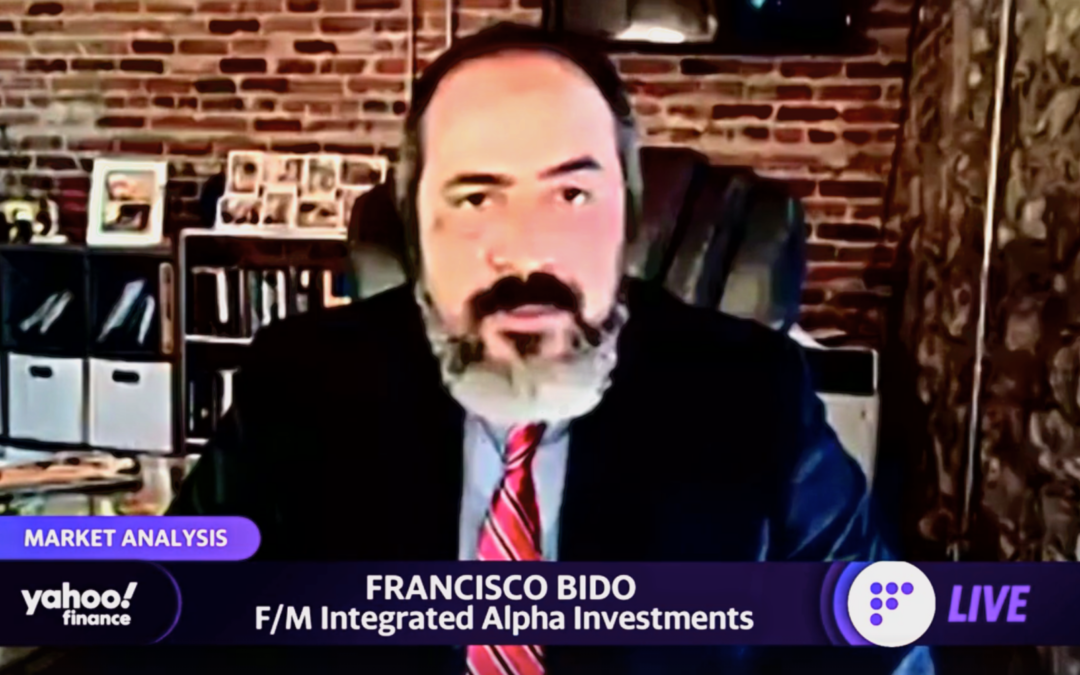 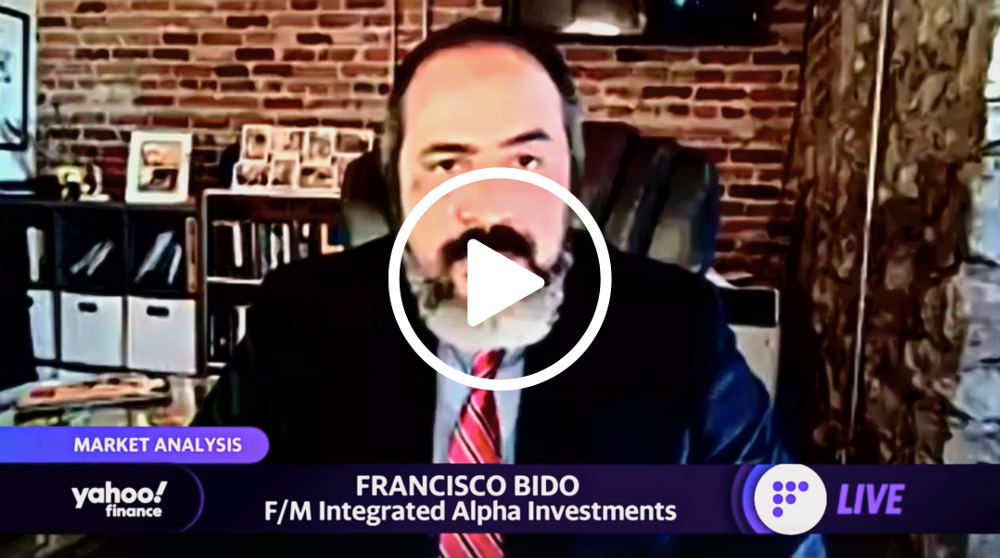 BRIAN SOZZI: Let’s turn our attention back to the markets here. Joining us now is Francisco Bido, senior vice president and portfolio manager at FM Integrated Alpha Investments. Francisco, good to see you this morning here. What is– how should investors be positioned ahead of the Jackson Hole event later this week?

FRANCISCO BIDO: Oh, great to be here. Thanks for having me over. I would say, look for unappreciated value and the place to look for that will be the semiconductor industry. They have been unfairly punished, in my opinion, year to date. You can– names just like MU, Micron Electronics, Nvidia AMD, and so on. I believe that these names are in a circular long-term trend.

That’s not new news, but if you think about what of the underlying forces are, they’re really internal processing power, visualization and secure storage. And you know, those are not going to subside anytime soon. So in the long term, these are great stocks. In the short term, they provide a lot of value. If you look at the PEG ratios for MU, 0.2, for Nvidia, it’s 1.7, and for AMD, it’s 1.0. So if you want to buy some growth, that’s a really good cheap growth there.

JULIE HYMAN: And Francisco, I just wanted to mention some economic data that we got in the past 15 minutes or so. We got PMI’s– Purchasing Managers’ Index from IHS Markit, preliminary August reading at 55.4, which is a decrease which speaks to some of the supply shortages that you were just mentioning. US July existing home sales up 2%, to an annual pace of 5.99 million.

It sounds like part of what you’re saying is with some of these more inconsistent or choppy economic readings, you want to look to groups that are a little more agnostic to economic growth. Would it be correct to say that? And you think that semiconductors are one of those areas.

FRANCISCO BIDO: Yes, and let me add a little bit more color to that. If you look at just before COVID, you know, there was a lot of innovation going on around in the NAND, DRAM markets with a MU, Nvidia with new processing chips and so on. And even Apple making their own chips and so is Tesla. It’s making a D1 chip. So there’s a lot of innovation going around in the semiconductor industry.

And then comes COVID. And you’ve got to think about, and I’m going to use my hands a little bit. Like a long snake that just swallowed a big Oxford keg, you know, so that bump in the middle there, that’s COVID. And the effect of that is you get a high rise and then you’ve got a little bit of a decline, but that doesn’t mean that– it doesn’t avoid the long-term circular trend. There is really a lot of strong forces really propelling these stocks forward.

If you look at the cloud computing, the size of the cloud computing market as compared, for example, in 2013, it has more than tripled. And five years from now, it will continue to go in that direction. And if you go back just a few minutes ago in your show, you can see that we’re talking about a real with a lot of technology, the Traeger grill. I mean, you can go to Home Depot and find all kinds of devices you will never think they’ll be smart devices, and nowadays, they’re smart devices. Everybody needs semiconductor, and that demand is not going to subside anytime soon.

BRIAN SOZZI: That’s right, Francisco. Never did I think I would be grilling meat with the help of my cell phone here. That is pretty interesting stuff. We were also– we’ve been talking a lot about a lot of firms, investment banks, cutting their growth outlooks for this year. Can those stocks you mentioned, the Nvidia, other semiconductors, can those still work if we see more growth cuts and the Fed does signal a taper later this week?

FRANCISCO BIDO: I believe so. But you know, I got to put a caveat in front of it. I am more of a long-term investor. I don’t focus on the short term as much. I believe there’s a lot of noise, just a lot of speculation. So I do have a lot, more of a long-term focus. But if you look at these names. Like I said before, if you picture this snake that just swalled an Oxford keg, you’re going to see that bump, that COVID bump. And that’s what you’re seeing now. You’re seeing the– you know, the downward slope coming out of that bump, and that’s why you see the deceleration.

But long-term, the trend is still there. It’s going to definitely stay there, especially if with the shortages, that’s not a bad problem to have long-term. Short-term, it could produce some headaches, but in the long run, I think that’s a good thing.

JULIE HYMAN: And Francisco, and I also want to ask about one of the other trends that you’re watching, or potential possibilities, opportunities for the market. And that has to do with spending by the government. We’ve already had one part of stimulus end, right? And we’ve seen a little bit of choppiness in consumer spending in the wake of that. What are you expecting from government spending, and where in the market do you see some opportunities related to that?

FRANCISCO BIDO: Great. Yes, just to tie up the prior conversation, semiconductors are still valid, in that scenario as well. I think they’re still great buys, but if you want to add to that, you can look at industrials, you can look at some solar powered companies. Look for solar. I think it’s underappreciated. First Solar has a PE of about 2.0. If you want to– it’s a little bit on the expensive side, but I would watch it, still. It has long-term potential, so that’s a good one.

Also, Ford in the industrials. If you look at Ford, they’re coming up with a new electric F-150. I think that’s great news, and that’s just the beginning. So there’s a lot of growth potential long-term there and a lot of appreciation that’s still possible. So you can look at FSLR, you can look at Ford, you can look at Caterpillar, Martin Marietta, Vulcan Materials, Nucor, and so on. Some of that, the ones that have been discussed in the news lately, I believe they’re still underappreciated.

BRIAN SOZZI: All right, we’ll leave it there. Francisco Bido, senior vice president and portfolio manager, FM Integrated Alpha Investments. Good to see you. Have a great rest of the week.

FRANCISCO BIDO: Thank you so much.